UNA Exchange in its current form has existed since 1973, but its history and heritage go back to the 1960s, when our founder, Robert Davies, first got involved with the United Nations Association. Since then, Davies also founded VCS Cymru, which is today the oldest Volunteer Bureau in the U.K. and works closely with UNA Exchange to keep the international volunteering tradition alive. Our founder is a key figure in the field of voluntary services both in Wales and internationally. In his book, All Together (2010), he recalled the early days of his volunteering career until the creation of UNA Exchange. Keep on reading to find out more about our history and our amazing founder.

Robert Davies was born at Port Talbot in 1935. His family moved to Cardiff at the beginning of the Second World War seeking work. At the age of 18, he thought of joining the Royal Navy like his father, but due to his childhood history of asthma, he was excused from National Service. This had a significant impact on the beginning of his activity as a volunteer. He was animated by a strong desire to serve his community in other ways.

During the Great War, English and American pacifists founded an organisation called the Fellowship of Reconciliation (FOR). In the first conference after the war, its then International Secretary Pierre Ceresole made an appeal to do something practical rather than just discussing international problems. He managed to gather a small group of volunteers to go to Verdun and help reconstruct the areas most devastated by the war from November 1920 until the following spring. Subsequently, the Fellowship continued with their mission to help people facing adverse circumstances. Their activity paved the way to the international organisation for workcamps which in Britain is known as International Voluntary Service and is still extremely active.

Davies had always been particularly interested in international affairs, but it was only in 1959 that he decided to get involved:

“The Cardiff branch of UNA was actively involved in fund-raising for refugees. I had first heard something of this activity when I attended a Bahai religious meeting which was addressed by the Chairperson of the UNA Branch, Miss Florence Oram, on the subject of the UN Special Agencies. Thus it was that I went on my first meeting of Cardiff UNA, the Annual General Meeting on 16 March 1959 which was followed by a talk by Dr. King, entitled ‘Youth and the UN’. But it was the meeting nearly a year later which inspired me. This was about the refugee organisation ‘wings of friendship’ given by their secretary Mrs G. Bedle. I immediately wrote to UNA Headquarters in London to offer my annual holiday time to work in a camp helping refugees”

By 1961, his experience at a workcamp in Austria inspired him to start his own permanent youth camp. It was based on a ruined stone chapel in a remote part of the Camarthenshire hills and it developed on a weekend basis for over 40 years, mainly working in social services.

“It housed a three week holiday camp for deprived children in 1973 with international volunteers from UNA-IS. In the period of my next IS camp, I was increasingly committed to UNA work in general, but particularly as the local UNA Treasurer”

Despite being a small project, the youth camp set the seeds for what was going to happen three years later. In 1964, VCS Cymru was founded and Davies told the story in an interview with Radio Cardiff, on the programme The Cardiff Chronicle. It all began with volunteers, both local and international, wanting to do something more for the community and provide opportunities for international summer workcamps in Cardiff. The first workcamp of that kind, organised by the United Nations Association, was in Butetown at the Rainbow Club for children. Many of the volunteers who worked there formed the base for the first VCS committee and developed similar projects in Cardiff and other cities up until the 1970s.

Supported by the Cardiff UNA Youth Group, this camp led to the public meeting that founded VCS in the Temple of Peace, where the UNA Youth acted as host. During the following years, both UNA-IS and VCS organised international summer workcamps.

In 1973, UNA-IS ceased to organise workcamps and focused only on long-term opportunities of 1-2 years in Africa.

“This coincided with the establishment in the Temple of Peace of the Welsh Centre for International Affairs. With the blessings of UNA-IS we in Wales were free to use the full-time staff at WCIA to expand the workcamp activity throughout Wales … Firstly we named it International Youth Service, chiefly to acquire educational funds: it is now known as UNA Exchange”

In the interview with Radio Cardiff, Davies spoke very fondly of the Temple of Peace, where UNA Exchange is based. The Temple was opened in 1938 in Cathays, opposite the Welsh government buildings and it has a fundamental role in the history and heritage of Wales. David Davies gave it to the people of Wales to symbolise commitment to both peace and health, which he felt were the most relevant global issues at the time. The Temple still has that role today, and UNA Exchange works constantly to spread the same message. Working in the same location as WCIA has reinforced the motivation to inspire and educate about the importance of volunteering, cultural awareness, and global citizenship. 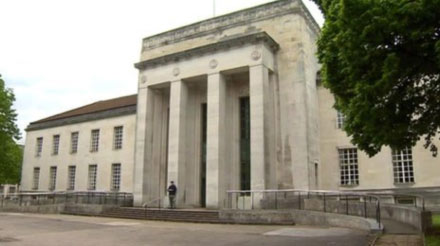 Today UNA Exchange collaborates with voluntary and community organisations in more than 60 countries worldwide, while still organising many successful projects and workcamps at a local level which contribute to making Wales as culturally diverse and welcoming as possible.