Through March and April 2019, including International Women’s Day #IWD2019 on 8th March, Storiel in Bangor will be hosting ‘Women War and Peace’ – a moving exhibition by world renowned photo journalist Lee Karen Stow with the Welsh Centre for International Affairs (WCIA).

‘Women War and Peace’ explores the impact of war on the lives of women in Wales and across the world, through their personal portraits and stories – whilst also considering how Welsh women have inspired the search for peace in the 100 years since WW1 ended.

The exhibition includes a number of inspiring Welsh women with differing perspectives on war and peace – from peace campaigners to serving military personnel, and refugees who have fled recent conflicts to find sanctuary in Wales. Lee’s work draws on stories and experiences of women worldwide, from Vietnam to Palestine.

The theme for International Women’s Day 2019 is #BalanceforBetter – a call to accelerate gender balance. WCIA’s exhibition presents not only the disproportionate – and often uncommunicated – impact of war on women world wide, but also the importance many women have played in leading and inspiring peace building efforts from the local to the global.

On 8th March (International Women’s Day) itself, from 12.30 Storiel will be hosting a free lunchtime lecture by Annie Williams presenting ‘Votes for Women – the Bangor Suffragists’ – celebrating International Women’s Day and formally launching the Women, War & Peace exhibition. A choir will assemble to sing the ‘Pankhurst Anthem’ at 1.40pm.

Lee’s portraits are accompanied by a unique document from WCIA’s archives in Wales’ Temple of Peace and Health, the ‘Women’s Petition to America’ of 1923. Signed by 390,296 women across Wales in the aftermath of WW1, and presented to US President Calvin Coolidge in Washington by 4 Welsh women, the petition to the women’s leagues of America called for the United States to join and lead the League of Nations, as a means of bringing an end to all war. Later, in 1926, over 2,000 women joined the North Wales Peace Pilgrimage from Penygroes, Caernarfonshire, to London’s Hyde Park, calling for ‘Law not War’ in the settlement of international disputes – calling for Britain to lead a European disarmament conference.

95 years later, these previoulsy hidden histories – uncovered by WCIA’s Heritage Lottery Funded ‘Wales for Peace’ project – has inspired a campaign led by Gwynedd women, ‘Heddwch Nain Mamgu’ – ‘Our Grandmothers’ Peace’ – to rekindle the vision of the generation who survived WW1,  for a world without war.

Among Lee Stow’s striking portraits, 97 year old Ifanwy Williams from Porthmadog is one of the founding members of Heddwch Nain/Mam-gu, and has been a lifelong peace campaigner with Cymdeithas y Cymod, the Fellowship of Reconciliation, founded at the outbreak of WW1. And a short film clip features Iona Price from Tanygrisiau, who said “My initial reaction to this amazing petition was shock and disbelief that I had never heard about it before. A group of us have come together to make sure that we never forget the voices of these women – and that the plea for peace and a world without war would never be silenced.”

As part of the exhibition, visitors to Storiel can play their own part in history by signing a new petition for a world without war, created by Heddwch Nain as a present day response to present to the United Nations in 2023-4 – 100 years after the original. Since its launch on International Womens Day 2018, it has already garnered 3,500 signatures. 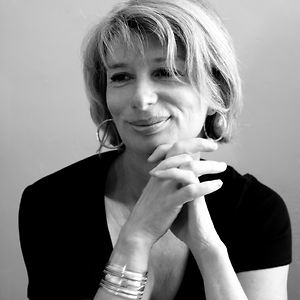 Photojournalist Lee Karen Stow – whose work has been exhibited from the Horniman and International Slavery Museums to the United Nations Headquarters in New York – said “When I began telling women’s stories of war nearly 20 years ago, I was told – if it isn’t documented, then in the eyes of the world it doesn’t exist. Well, these women do exist, their experiences are real. Their stories might have been lost to history, or to time, if they hadn’t been recorded. But these women can inspire all of us today to work towards a better world.”

, who recently became the first woman to head the Welsh Centre for International Affairs at the Temple of Peace, added “Wales’ has an incredible heritage of community action on global issues, from supporting the creation of the League of Nations 100 years ago after the end of WW1, to building active town and country twinning links or becoming a Fairtrade Nation. We’re delighted to have worked with Lee to bring alive the stories of just some of these women affected by war and peace – to inspire a new generation of internationalists to shape Wales’ role in the world, to shape the future they want to see.”

One thought on “Women, War & Peace Exhibition in Bangor for International Women’s Day 2019”